Should school restrooms be all-gender? 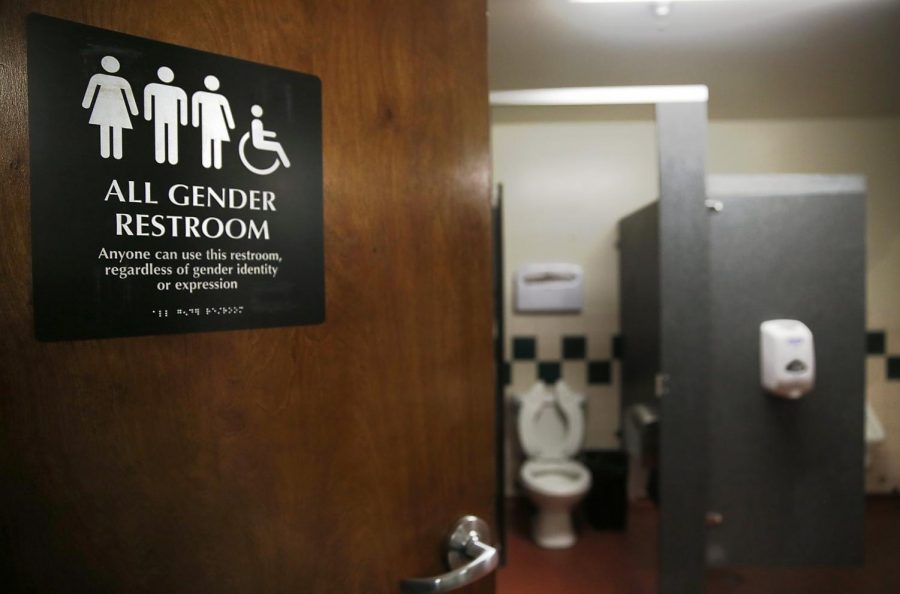 The world is changing, so does Enochs need to change too?

We have two restrooms at our school: girls and boys. But we have members of our community that don’t identify as a “girl” or “boy.” So where do they go?

Many places have started adding uni-sex or gender non-conforming bathrooms to help gender queer people feel more comfortable and accepted. This could really help our community here at Enochs and it can help raise awareness as well.

But there are also concerns about this plan. Sadly, it could open the door to harassment and bullying of gender queer people. There is also worry about the cost and if this will be taking money away from our students.

According to “The Trevor Project,” a nonprofit organization that helps queer youth, 32% of teens identify as outside the gender binary. So if Enochs has roughly 2,324 students, then 743 student here are gender queer. That is a large demographic that has no bathroom to go to.

A fellow student here on campus, who asked to remain anonymous so we’ll call Alex, is Agender and they said, “I use female bathrooms… and that is the only bathroom that I am technically allowed to ‘go in because it’s socially acceptable.”

But they continued to say “It does [make me feel uncomfortable or dysphoric] quite a bit of the time… it reminds me that like I don’t have a place where I can go where I won’t be seen as something I’m not.”

Gender dysphoria can be defined as “a sense of unease that a person may have because of a mismatch between their biological sex and their gender identity” by “NHS.” This is a feeling that is common among gender queer people, and is a very uncomfortable feeling.

This plan could help hundreds of students, but is this also taking away from the students on campus?

“The Oregonian” did a piece on a high school that changed their bathrooms to gender-neutral and it stated “Officials say four student restrooms and two staff restrooms—all single stalls—will be open to all students … The conversion cost less than $500” which may sound cheap, but Enochs has more than 6 single stall restrooms.

That’s around $500 less for school lunches, equipment, curriculum, and all the fun activities we enjoy here.

It could also cause harassment and bullying.  Alex gave their opinion saying, “some people might see others going into the gender non-conforming bathrooms, and bully them,” which is sadly true.

“Stopbullying.gov” took a survey in 2019 and found “nationwide, more U.S. high school students who self-identify as lesbian, gay, or bisexual (LGB) report having been bullied on school property (32%) and cyberbullied (26.6%).” This was 14.9% more than their straight and cisgendered peers.

Given the ways this could affect life here on campus, the students can decide for themselves if this is a worthy cause. There are ways we as students can help make this happen.

As Alex said, we can “make a petition or make something to the school like ‘this is what we need,’” or we can write them emails saying this is something we believe in.

There are pros and cons to this possibility, but we have to think what will be best for the school as a whole. So it’s time we answer the question – does Enochs need to start changing with the world?