The Travesty of Traffic: Racing against the clock

Students navigate crush of cars on a daily basis 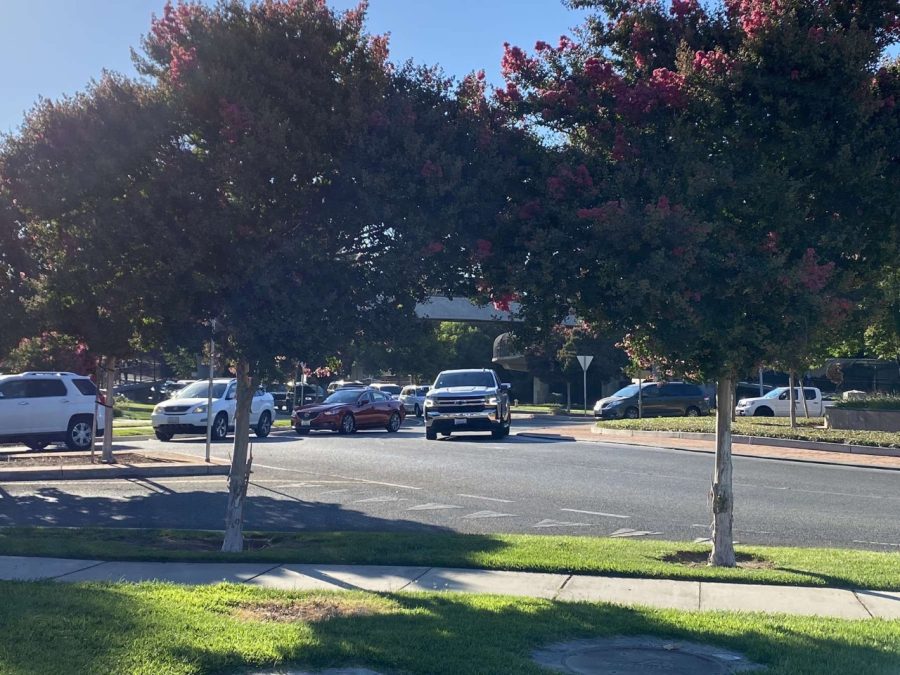 Finally going home after a long seven-hour day of school has got to be one of the best feelings for a high school student. Now, imagine having to sit in 30+ minutes of traffic after school gets out. Well, at Enochs this has been a recurring problem for years now. Whether it’s the morning traffic on the way to school that causes students to be tardy to their first-period classes. Or even the afterschool traffic that drives parents crazy and that causes students to be late for their after-school activities/jobs, it is clear to see that something has to be done to help the flow of traffic.

In order to see how other students felt about the traffic at Enochs, I decided to interview a few of my classmates. The conversation with Jordan Murphy, a senior at Enochs that drives to school daily, went like this.

How big of an issue has traffic been to you so far this year?

“The traffic lines this year have been very very long… especially after school. Most of the time I find myself waiting until 4:00 PM before even walking to my car in order to avoid traffic.

And how about the morning traffic? How has that impacted you?

“Well, when it comes to the morning traffic I tend to leave my house 45 minutes before school actually starts. Most of the time I either end up eating my breakfast while I sit in traffic, or just not eating breakfast at all.”

But he’s not the only one, when speaking to Michael Catanesi, another driving senior at Enochs, this is what was said.

Have you ever found yourself showing up tardy due to morning traffic?

“So far this year I have not, however last year I did show up late to first period due to long traffic lines. I feel like this year it isn’t as bad due to the new schedule change and the later start time.”

And what about the traffic afterschool?

“I try my best to beat the after school traffic before it gets really bad. If that doesn’t work, then I usually just hang out and talk with my friends until it gets better.”

Some students being tardy, other students skipping breakfast, all students being frustrated. There has to be a better solution to the problem at hand. But students aren’t the only people facing this problem, parents and even teachers are frustrated too. When talking to some of the parents that pick their kids up from school, their answers were surprisingly very similar to those of the students. One parent stated, “Something has to be done about the traffic, this is ridiculous. I started making my son walk to school and back because it is faster than me actually dropping him off.” Another parent stated, “I usually come to school at 3:00 even though school gets out at 3:30 that way I can get a good spot to avoid the traffic.” It is clear to see that we have an issue with the traffic system here at Enochs, and it is even clearer to see that something needs to be done to fix the traffic flow as soon as possible.