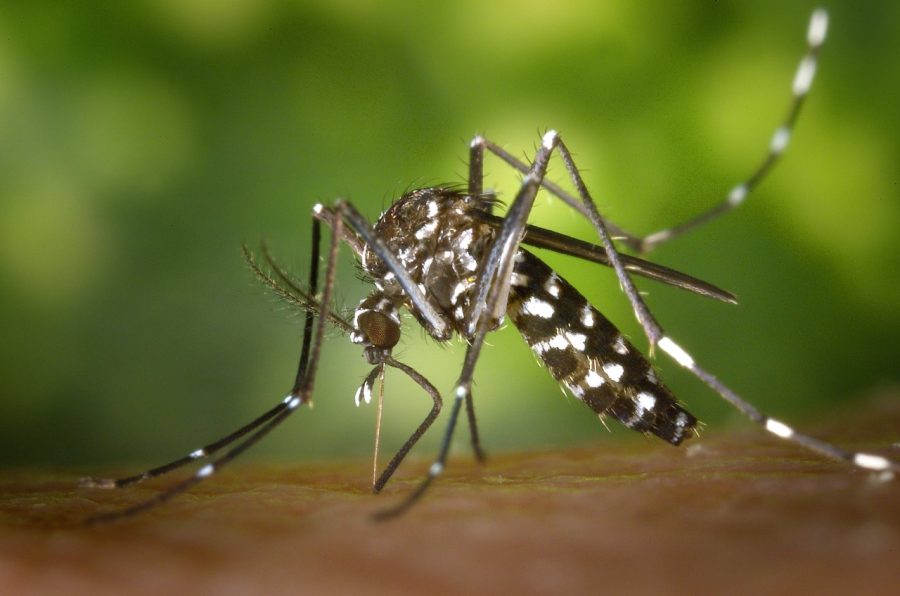 Summer break just ended, school just started and the weather is at its highest peak. Wearing shorts is the go-to these days, but with high humidity and swampy weather comes swarms of mosquitoes. So how can you prevent your legs and arms from getting swarmed?

The easiest step would be odorless bug spray, you can buy some from just about any store for a good price, spray some on your arms, legs, and neck. After that you’ll be set, just make sure you get the odorless spray because you don’t want to be smelling like chemicals in the middle of class.

The second option and probably the most straightforward is to just wear pants or jeans. But with the annoyingly hot weather no one wants to wear any pants or jeans, and even then mosquito’s are little Houdini’s and somehow are able to bite through clothes.

Since temperature on average in western America is beginning to rise, mosquitoes over the years have gotten to be more settled in. It doesn’t make it any better that Modesto is full of agricultural land which when watered becomes massive breeding grounds for mosquitoes.

Enochs student Gabriel who has played football here for over 2 years was asked how he felt about the issue.

“We mainly tried to use bug spray, but when we didn’t have it, it got really bad. We would need to swat our legs and arms every 10-20 seconds in order to try to prevent any mosquitoes from going ham on our legs and arms. we would always come home with at least 10 bites minimum.”

It’s not even just an Enoch’s problem, it’s a whole valley issue that we need to find a solution to. According to Alameda county mosquito abatement district, the top most common mosquito disease in California is west Nile disease, with mosquito’s becoming much more common, the valley becoming a massive breeding ground for them, and the weather becoming more humid. Mosquito’s could become a major problem in the future with diseases being much more common than on average. According to The CDC’s article “Potential Range of Aedes Aegypti and Aedes Albopictus in the United States, 2017 ” In the main valley mosquitoes have the highest reproductive activity in California, they are much more common in this area.