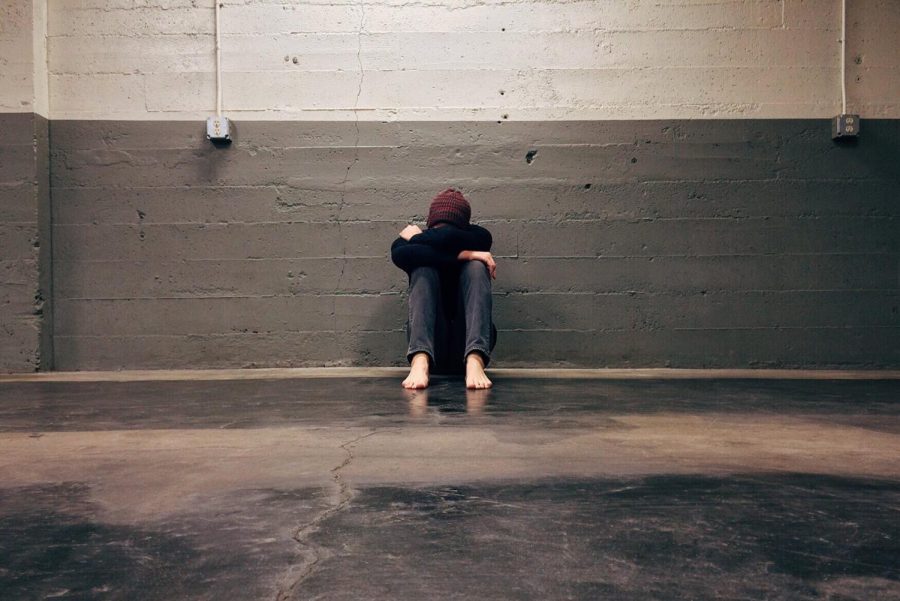 Depression: a mood disorder that causes a persistent feeling of sadness and loss of interest. This is the “simple” definition of depression but what does depression really look like? Depression doesn’t have one simple look, it doesn’t have one simple effect or one simple definition. More people might be suffering from depression than they may realize; so what does depression look like? Depression can range from the slightest effects of being sad and hating your life at the end of the day when a few hours back you were just laughing with friends and family and enjoying life, to not eating and finding yourself having suicidal thoughts and pushing away the closest people to you.

A lot of people mistake depression for suicide. When they hear someone is depressed the first thing that tends to come to people’s minds is “oh they’re wanting to or thinking about self-harm or committing suicide” when in reality that’s not what depression is. Depression can be caused by a chemical imbalance in your brain or by a lack of iron which both result in making it hard for you to be happy or do simple daily tasks that other people can do without even thinking about having to do it. For example, brushing your teeth, taking a shower every single day, eating properly, or brushing your hair. A side effect of depression can be suicide but not always. So what does someone who may have depression look like? Anyone can have depression, your happiest friend could have it, the best athlete in the school could have it, the smartest kid in your class could have it, and your teachers could even have it. Anyone can have depression, the real question is what are some signs of depression, and what does someone’s day look like with the effects of depression?

Edith, an Enochs senior, who has been clinically diagnosed with depression and is on medication to try and help her depression said “A lot of people think that depressed people are just always sad, but that’s a HUGE misconception. The biggest symptom I had was the feeling of emptiness. It’s really difficult to describe, but imagine yourself stuck in a tower watching people on the ground playing games, having fun, and being happy. Obviously, you want to join them but you can’t. You’re stuck in a tower and you can’t do anything but look out the little window and watch the world move on without you. I didn’t feel sad or angry, I just felt emptiness. Feeling numb for too long messes with your head. It makes you believe that feeling anything, whether it’s desperation or agony, is better than nothing. I developed a painkiller addiction, not because something hurt and it eased my pain, but because I knew that when I was to slip away I would maybe feel a desperation to stay alive.”

Edith has been on three different types of medication; the first being Lexapro which she felt worked the best because she had zero side effects, but couldn’t stay on it because you can only have small doses of that medication. The second medication she was put on was Prozac which she felt was the worst out of all three because it didn’t help her depression and only made her feeling of emptiness worse. The third medication she was put on and is currently taking is Zoloft which she feels isn’t the worst but it’s also not the best. Edith’s biggest tip is to not glorify the idea that medication will fix or take away your depression because it only helps to control it if you’re on the right one. But some of them just do more harm than good. She does feel that she benefits from being on Zoloft than no medication at all. The biggest side effect she feels is if she rushes to school and forgets to take her pills she’ll feel like time isn’t going by and like she’s just watching everyone go by and do everything but she’s not there. Her biggest piece of advice is to reach out to someone, anyone if you’re not feeling well and to never feel embarrassed to reach out and ask for help. “I was ashamed of reaching out for help since in my head I thought that so many people had depression and were fine without help that I forgot to consider that a lot of people just refuse to get help.” Some people need coffee to get through their day, others need medication; just like how others need allergy medicine to get through their day but other people don’t. You don’t have to be the most unwell person to get help. Everyone deserves help no matter the issue’s size.”

Edith’s day goes on just like everyone else’s, but at night is when the effects of depression start to hit her. “I love the night because no one else is awake to bother me and I’m basically free for eight hours. But it sucks a lot of the time. I’m not sure why, but at night when I try to sleep a little voice in the back of my head is telling me all sorts of negative things. It’s annoying but I know it’s not real. Sometimes I’ll wake up feeling excited for the day like when it’s going to be a rainy day. Good days usually consist of me being around people. I tend to avoid people when I don’t feel well since I don’t want to drag the mood down. Bad days happen every now and then. They usually occur when I have a psychotic episode which is known as psychosis. I’ll wake up and stare at the ceiling until I remember to get up. I tend to lose my grip on reality, especially when it comes to differentiating what’s real and what’s not. I’ll get urges to fall back into my bad habits and do spontaneous things. It sucks that the only way to feel okay again is just to wait it out.”

What does someone’s day who’s not clinically diagnosed with depression but has the symptoms look like? Trace, also a senior at Enochs, deals with the symptoms of depression but isn’t diagnosed. He said his depression takes the most significant toll on his motivation and it makes it hard for him to be productive and get things done. “It also takes a toll on my self-confidence, so a lot of the time it’s hard to see myself in a good way. On good days my life is just fine, I do my daily tasks and go to school without any problems. I might struggle to get my homework done but most of the time I’m fine. But my bad days are very different; I struggle with getting up in the morning and getting ready for school. Once I’m at school it’s hard to keep focus sometimes and sometimes it’s hard to just get through the day.  When I get home it takes a while to start my homework and it takes even longer to get it done. I usually end up going to sleep worrying about my productivity and about what others may think of me. one thing I would tell anyone who’s struggling with depression is to just tell someone you trust. Telling someone is the first step to getting yourself help.”

Depression doesn’t affect everyone the same way and it doesn’t make everyone think and feel the same. But no matter how it may affect you, big or small, you still deserve to get help. If you want to talk to an adult we have resources on campus such as the school psychologist who is located in B building, or the student emotion support counselor located in N building, or any of the counselors on campus who are located in the C, N, and L buildings. If you don’t want to talk to your guardians or an adult you can always speak to the people closest to you who you trust. They love and care about you and only want the best and with that, as their intention, there’s no room or time for them to judge you. If you don’t like either of those ideas you can always reach out to the suicide hotline by calling or texting the number (988) when you need help. They are confidential and have a 24-hour support service. You can also visit their website if you need help or want to learn more about depression and suicide and what the signs look like. Please get help if you feel or know that you’re being affected by depression and never forget that you deserve help no matter what.