The dark side of Disney

Are the movies that we consumed as kids darker than we realized? 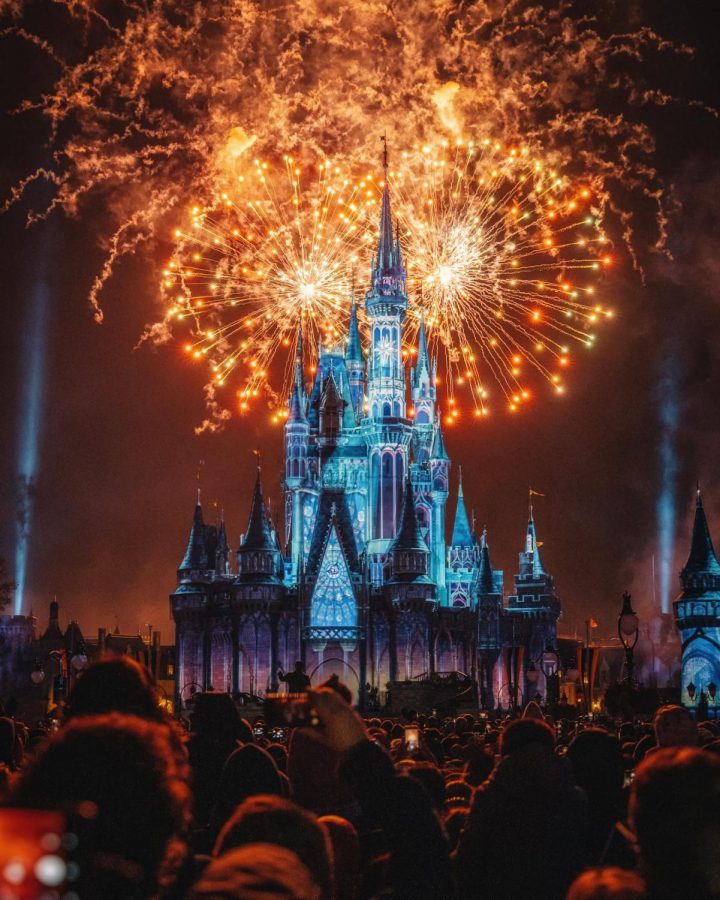 Disney is a business founded on fairy tales and happily ever afters. Disney movies are the stuff of fantasies for children all over the world. We’ve always seen the strength of powerful storytelling to elicit strong emotions, and it’s what makes Disney so unique. Disney is able to do this while also building a world with a theme and characters, as well as elicit universal emotions.

All parents and grandparents show their children and grandchildren their favorite Disney films as they have watched over the years. Every little girl has a favorite Disney princess hero, and little boys wear Mickey Mouse pajamas with pride. Parents, teenagers, and anyone in between enjoy the films because they are wholesome and hopeful.

However, the polished fairy tales of several of Disney’s classic films are quite far away from the authentic fairytales that influenced them. But when rewriting century-old fairytales for the screen, Disney leaves out the exclusive details of torture, hanging, and burning feet, to name a few items.

When people think of Pinocchio, they think of a cute little puppet who wishes to grow up to be a real child. The Disney film tells the story of his experiences with Jiminy Cricket, his friend and guide, and how they eventually bring him to his goal of being a human. Carlo Collodi, the original creator of Pinocchio, had hoped for a different image. Collodi developed the character for an Italian newspaper serial tale intended to teach children about the effects of poor behavior. Pinocchio, as played by Collodi, was mean and cheeky. When his Jiminy Cricket wanted to give Pinocchio some sound suggestions, he was referred to as “Talking Cricket.” With a mallet, the puppet-boy murdered him.

Throughout the novel, Pinocchio is punished in various ways as a result of his poor conduct. Collodi intended to conclude the story with Pinocchio’s death by hanging, however, he was obliged to proceed due to public uproar. As a result, he agreed that Pinocchio’s life would’ve been spared in exchange for even more heinous penalties from then on.

Sleeping Beauty by Disney is a classic story of a princess in peril and the valiant prince who comes to her rescue. Talia, the princess, pricks her finger on a spindle and is sent into a deep sleep, following an earlier prophecy, in the original 17th-century Italian story. The remainder of Talia’s narrative is far too graphic to be considered a children’s story.

The guy who comes to “rescue” Talia is not actually a prince, but rather a king. Talia was not awakened by the king’s embrace. Instead, he “gathers the fruits of her passion,” which is a better way of implying that he assaulted her when she was still sleeping.

She gave birth to twins nine months apart, and one of them sucked the splinter from her finger, waking her up. Talia falls in love with the king, but the king is already married. His queen demands that the twins be captured, roasted, and then to be fed to the king, and on top of that, no one has any idea of who the twins are.

Fortunately, she loses. “Lucky ones, it is said, are favored by Fortune when in bed,” was the moral of the tale.

When Cinderella was first released in 2002, it was revealed that Cinderella’s evil stepsisters were not as evil since they were shown in the first film. Anastasia, for example, was seen to and has her own true love with the baker, a friendship that Cinderella promoted.

The Brothers Grimm took the sisters’ fate into their own hands and were not so forgiving. In the fairytale, the girls attempted to step into the slipper by cutting off various portions of their feet.

That the prince wouldn’t be duped, some doves swooped over to show him the blood on the shoe. The stepsisters attend Cinderella’s wedding at the end of the novel, only to find their eyes pecked out from the doves that had deceived them earlier.

Ariel makes a bargain with the sea witch to become a human and find the prince she rescued from a shipwreck in Hans Christian Andersen’s version of the story. In exchange for her tongue, she receives a pair of legs.
However, she must accept that every move she takes on these new legs would feel like she is stepping on broken glass. If Ariel receives her kiss from her one true love, she will live, but if she doesn’t, she would then die.

Since the prince never saw Ariel’s face when she rescued him, he marries someone else. If Ariel kills the prince, the sea witch advises her that she should simply transform back into a mermaid instead of dying.

We all know that Ariel is incapable of doing that. Instead, she launches herself into the water and dissolves into sea foam in true Disney form.

Bambi is about a deer living life in the woods as he grows up. Though Disney adapted this adult novel into a heartwarming Disney film, the book explores themes such as the cycle of life, resilience, man vs. nature, and more.

In addition, the novel is extremely brutal. Bambi’s first foray into the woods resulted in the death of a mouse and the hearing of animals threatening to kill each other.

When a hunter kills Bambi and another deer, “The Great Prince” teaches Bambi to walk in circles and scatter the blood to deceive the hunter. At the end of the novel, the Great Prince even showed Bambi the body of the deceased hunter, demonstrating that men are not all-powerful.

The Hunchback of Notre Dame

One of Disney’s darkest films is The Hunchback of Notre Dame. The film, like the novel it is based on, is about a hunchback called Quasimodo who was raised by an archdeacon named Frollo in Notre Dame Cathedral.

Quasimodo and Frollo were both smitten by Esmeralda, the same lady. Quasimodo forced the villain, Frollo, from the roof of the cathedral, killing him at the end of the film.

The original novel by Victor Hugo has a much worse conclusion for the characters, which is exceedingly morbid for Disney. Frollo framed Esmeralda for attempted murder in Hugo’s novel, and she was condemned to death by hanging.

In the original by the Brothers Grimm fairytale, Snow White already has her happily ever after. Since failing two times to murder Snow White directly, the wicked queen agreed to pursue the poison fruit. Somehow it seemed to work, but the prince somehow swooped in to rescue her with his true love’s kiss.

Snow White and the prince are still married in the end. But the wicked queen, on the other hand, is present at the wedding, and her punishment is to dance about in iron-hot shoes before she dies. And princesses are not immune to vengeance.